A higher-order function is a function that does at least one of the following:

Taking one or more functions as an input

Usual thing for every Javascript developer:

Taking functions as an input in Ruby

Functions which output a function

Higher-Order Functions are essential to the FP paradigm

All of these use higher-order functions as the primary construct.

If fact, functions as arguments are so ubiquitous that there is a special syntax for it.

It is easy to prove that blocks are functions:

The good design of blocks and their terse syntax allow for beautiful code and awesome APIs:

Blocks allow to build your own syntax constructs and DSL’s:

It all looks like language syntax, but it is not:

A Rails plugin by yours truly:

Ruby blocks are the reason why Martin Odersky believes that Ruby is a functional language.

More and deeper on Ruby blocks

Who needs for loops?

when you can build language constructs with blocks and while:

Using only each Ruby can implement the same set of higher-order methods on enumerables as functional languages:

Each such method creates a new collection. They can be huge…

We can rewrite this code to process each word one by one. That’s one solution…

But we can solve the problem without changing the API much

This is what we have, a sequential execution:

This is what we need

Our blocks working concurrently, and processing elements one by one:

The second modus operandi is on demand, it is lazy. 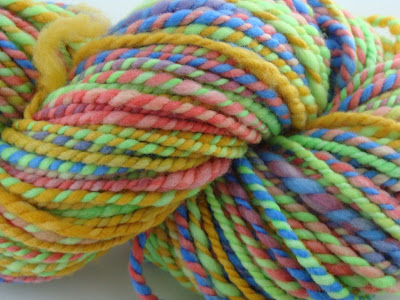 Fibers were added in Ruby 1.9

Here’s what the documentation says:

Fibers are primitives for implementing light weight cooperative concurrency in Ruby. Basically they are a means of creating code blocks that can be paused and resumed, much like threads. The main difference is that they are never preempted and that the scheduling must be done by the programmer and not the VM.

The goal of this implementation is only to demonstrate how laziness can be achieved with the help of fibers.

This is neither a complete nor a true implementation of Enumerable::Lazy in Ruby 2.0.

Beauty and completeness have been sacrificed in favor of simplicity.

Enumerable::Lazy in Ruby 2.0 uses Enumerator added in Ruby 1.9 as the basis. Enumerator uses fibers. This proof of concept code uses fibers directly because Enumerator is beyond the scope of this presentation.

Let’s add a method in Enumerable which will create an instance of this wrapper out of an enumerable:

The wrapper object should have an API similar to Enumerable. each should be non-lazy, map, select and others should be lazy.

Let’s implement the non-lazy behavior and each. We just access the underlying enumerable via a fiber, no added logic here:

Let’s implement map and select. We’ll convert the client code block to an explicit function object for the sake of readability.

We are incapsulating the client code block in yet another function which implements the logic of map or select, but it calls Fiber.yield to return the result, because this function will be called from within a fiber.

No output. It is lazy. This code has only created the Russian doll structure. No block has been executed.

Further reading if you want to dig deeper

The End – Thank You